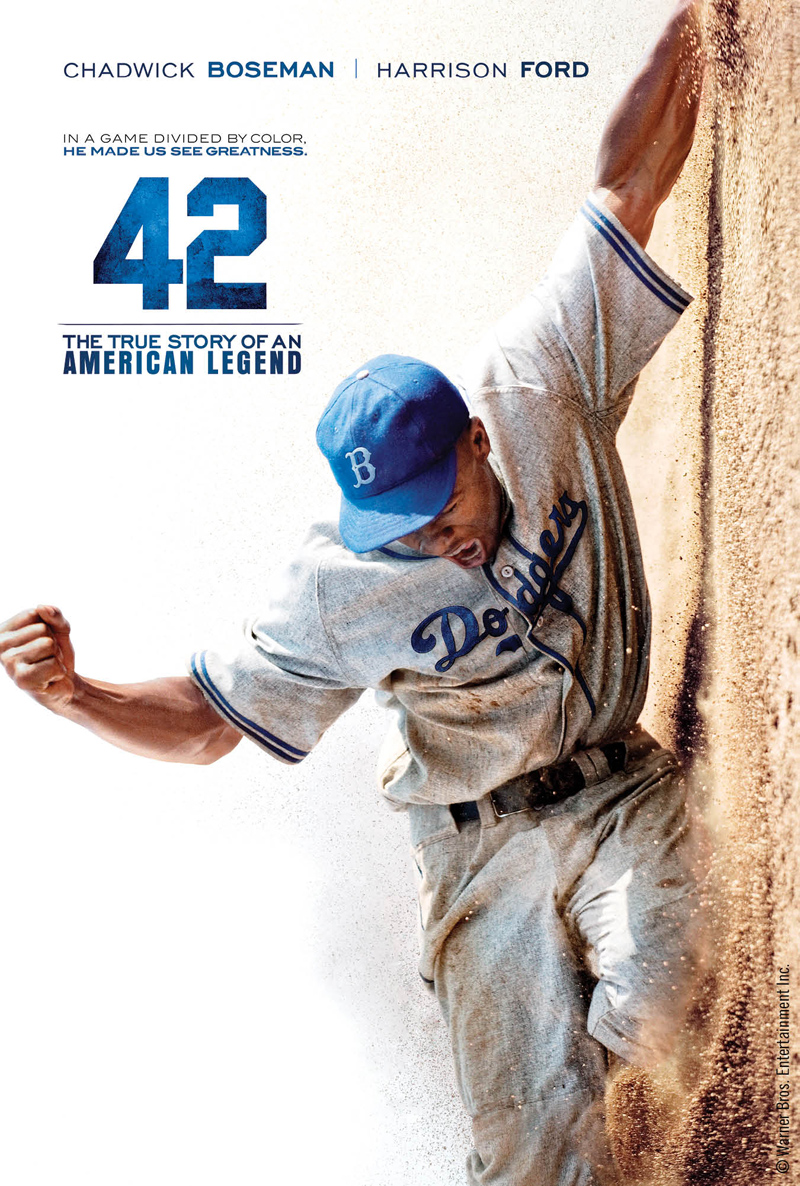 This one-time-use Public Site License allows you to legally show this film in your church. The pricing is based on your church's average weekly attendance, not on your event size. Licensing valid for the United States Only. Digital Download includes License PDF and Web/Social Media Graphic. NOTE: DVD is NOT included.

The movie 42 is a biographical drama on DVD about Jackie Robinson, a Hall of Fame baseball player who broke the color barrier in Major League Baseball. In 1946, Robinson (Chadwick Boseman) is a Negro League baseball player who never takes racism lying down. Branch Rickey (Harrison Ford) is a Major League team executive with a bold idea. To that end, Rickey recruits Robinson to break the unspoken color line as the first modern African American Major League player. As both anticipate, this proves a major challenge for Robinson and his family as they endure unrelenting racist hostility on and off the field, from player and fan alike. As Jackie struggles against his nature to endure such abuse without complaint, he finds allies and hope where he least expects it.